climate heatwave summer
I’ve always said that I’d rather be cold than hot. I have had plenty of opportunity to test this theory during the recent summers here in QLD, which seem to consist of a series of heat waves. Yep, definitely still don’t like being hot, although my tolerance is improving, 35degC now feels mild after the temperatures we sometimes experience - above 40degC on several days! 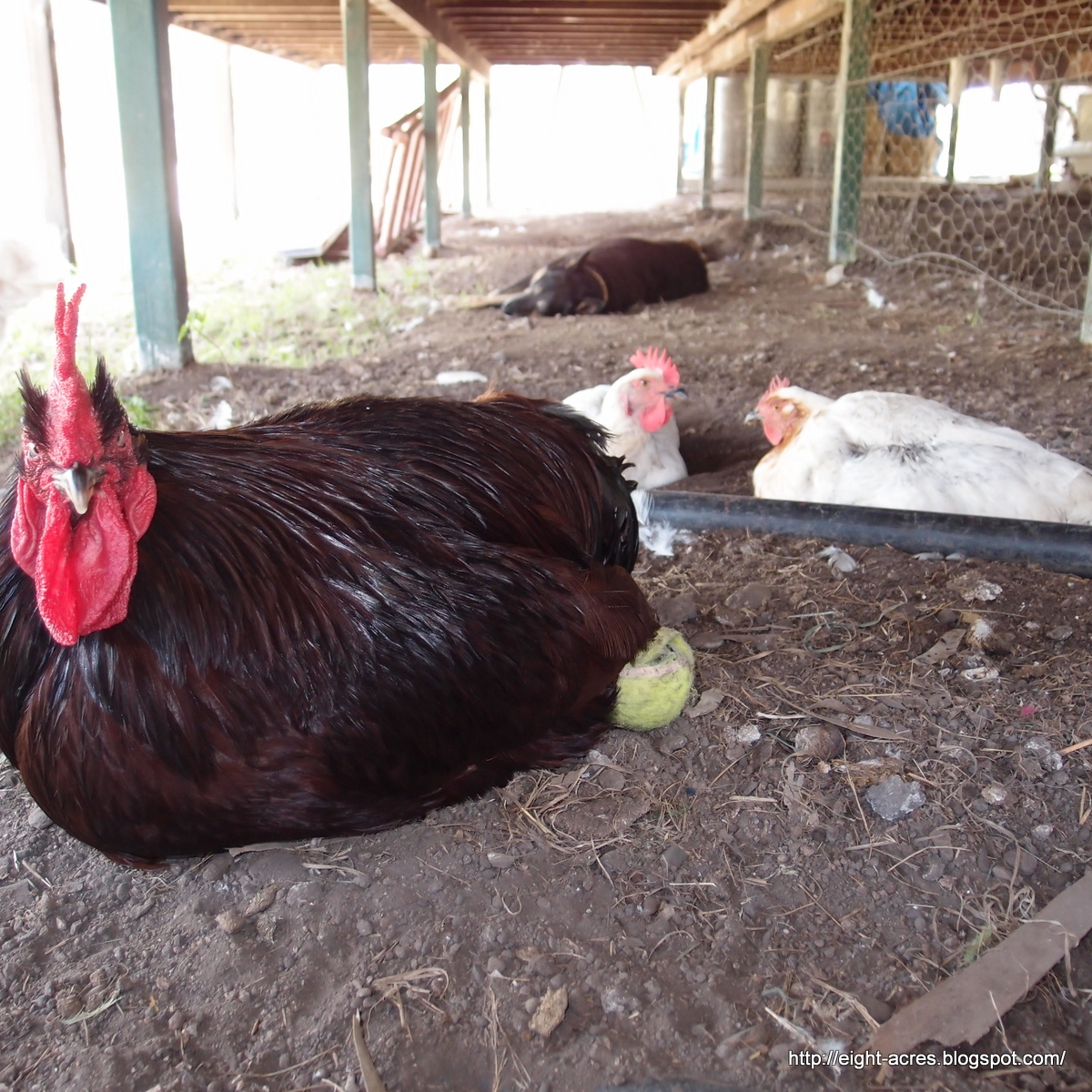 Each day of summer, no matter how hot it is, we force ourselves to put on our jeans, boots and long sleeves and venture outside to tend to animals, although we do try to spend the hottest part of the afternoon inside, waiting for the sun to go down. The only thing worse than suffering through a heatwave yourself, is watching your animals suffer.
Most of our animals do not appreciate attempts to cool them down, even our old dog Cheryl never realized that when I put her in a bath of cold water I am actually trying to help her to stop panting like a steam train (we call her “puffing billy” on hot days), and Donald the bull was not amused when I threw a bucket of water over him around midday on one particular scorcher.
We were lucky that we only lost one hen out of our entire menagerie, the consequences of this heat could have been far worse (although it is ongoing, so I shouldn't speak too soon). Here are some thoughts about helping the homestead to survive a heat wave.


The Vegetable Garden in a Heat Wave

I was expecting dry weather (although not quite so hot), so I had already prepared the garden with layers of compost, manure and mulch, this helps the soil to retain water. We have shade cloth over the entire garden, and usually I encourage extra shade by growing beans and other climbers up the fence, but this year they haven’t got established in time to provide much shade.
I water the garden as soon as it cools down a little and the sun is off the garden, around 4pm, with a fine mist, to try to reduce the air temperature. I go out later, around 6pm, to give the garden a soaking and hope that it will recover overnight. Particularly delicate plants have their own upturned beer bottle (read more about that trick here) to try to maintain moisture around the plant through the day. If you can just keep everything alive, it will regrow when temperatures improve.

Keeping the the Chickens Cool

Don’t expect many eggs through a hot spell! Just make sure everyone has plenty of cool water and access to shade. I let all the chickens out, even the naughty ones (broody or egg-eating), so that they can find their own shady spot. The only problem is young roosters, as we notice that they tend to chase hens until they are worn out (probably why that one hen died). Best to keep the young roosters separate so the hens get a break.
At Eight Acres, the favourite place to be was in the dirt under the veranda, the chickens have made their own holes under there and the dogs would lie there with them too.  We have put boards around the house at Cheslyn Rise, but Taz can still sneak under there to find a cool spot. Another tactic that we use is to feed cool fruit or vegetables to chickens later in the afternoon, juicy options such as tomatoes or watermelon being particularly effective.

During the heatwave we were also running our incubator and have had a terrible hatch rate as the incubator was frequently running too hot. Incubators are not designed to run at such high ambient temperatures, and they do not control temperature effectively when the outside temperature is so close to the intended incubator temperature. We weren’t expecting a heatwave, but in future, we will avoid incubating at this time of year.  **Our crazy solution - leave the incubator in our bedroom with the air-conditioning running at 28degC all day!


The Cattle Need Shade too

Again, cattle need access to fresh water and shade. It is heartbreaking to see a paddock with a single tree and 20 cattle trying to all stand under it in the heat of the day. If you don’t have sufficient trees, you need to provide some other form of shade structure so that all your cattle can get under it.


The Dogs Find the Best Spots

All the dogs like to take a dip in the dam on a hot day and then lie in the shade. I have tried her with frozen bottles of water and wet towels with the dogs, but they think I am mad and will not lie near them.


The Suffers Kitchen on a Hot Day

The homestead kitchen is full of living things too! If you find that your sourdough starter or kefir or any other ferment is going crazy at these temperatures, put it in the fridge until the heatwave is over. However, I did make one of my better loaves of bread, seems to really get the yeast going! Any natural cosmetic products should go in the fridge too if you haven’t used any preservatives.

Also note that the hottest day is not the day to decide to render that last batch of fat in the freezer.  It took me a while to realise that I could set up the slow cooker outside instead, the smell was quite overpowering when we had all the windows shut and air con on.

It is my belief that airconditioning should not be necessary in a well-designed passively cooled house, even during a heatwave, however, our house at Eight Acres is anything but well-designed! It is a small hardiplank box that heats up in the afternoon and stays hot all night. It is horribly uncomfortable without airconditioning on any day above 35degC, so we run the airconditioning a few days each year.  You can read more about my thoughts on air-conditioning here.
Our new old house at Cheslyn Rise has been positioned to take advantage of passive cooling and wind currents, and even though we are yet to put insulation in the roof cavity or fit any window coverings to reduce radiation, it was much more comfortable during the heatwave.  You can read more about passive heating and cooling here.
If you are stuck in a badly designed house, there is not a huge amount you can do without major alterations (sometimes doors and windows are just in the wrong place), although you can consider fitting window screens and increasing insulation in roof and walls. Unfortunately, a house that is cheap to build is often more expensive to run, so its best to spend the money on designing the house to reduce future running costs.

Any tips for surviving extra hot and dry weather?

More from: climate heatwave summer
Back to Eight Acres - the blog