cheese cow fermented house cow milking
Now that we have lots of milk again, its time to make cheese!  At first Bella gave us about 12 L a day, but now Romeo is taking as much as he wants, we get about 2 L for Benny and a little extra for ourselves.  If we want more, we have to lock up Romeo overnight, more about share milking another day, I want to explain a bit about cheese, so just pretend I'm still getting lots of milk!  I use about 1 L a day to make either yoghurt or cream cheese, and we have a kefir smoothie every morning, but when we have more than 6 L in the fridge ..... its time to make cheese! 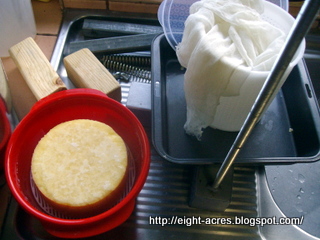 Did that help?  Or just confuse you further?  Any questions?  Any favourite cheeses to make or eat?