garden mulch
Not only does mulch help to suppress weeds in the garden, it also adds organic matter to feed the soil microbes and retain water.  I also use mulch on the paths to stop them getting muddy.  As more worms have started to make their home in my garden, I find that I regularly have to top up the mulch around my garden (the worms pull is down into their burrows).  Luckily I have a few sources on our property and rarely have to specifically buy anything to use as mulch.  Here's a few ideas for using mulch in your organic garden. 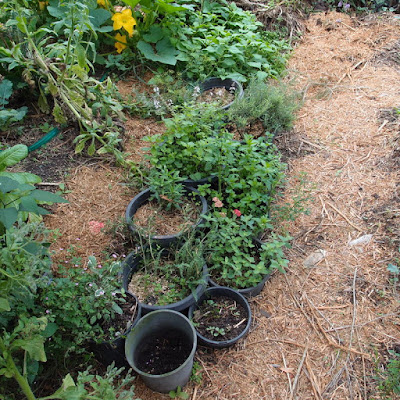 Some of the types of mulch that I use in the garden:
The monster mulcher
We bought the mulcher when we moved to Eight Acres and had hundreds of small wattle trees to cut down to grow better pasture for our cattle. With all the trees pushed over we didn’t want to light a huge fire and decided that mulching would be a better option. We bought a large, petrol-motor powered mulcher off ebay and waited impatiently for it to arrive (we always worry with ebay that it won't turn up at all!).  This was an excellent supply of mulch while we were clearing the trees.
If you have the space, and plenty of trees, a mulcher is a great option for both keeping the block tidy and  providing a nice supply of mulch.  If you don't want to buy one, you could look at hiring one.  Make sure its large enough to take big branches though, so you don't have to cut them as much.


Using mulch in the garden
I find that I have to spread mulch fairly regularly, every couple of months at least, as it breaks down and gets consumed by the worms and microbes in the soil.  It does really help to have a bulk source of mulch available, I will often just fill a wheel barrow with hay or wood chips and spread them around the garden over a few days as I get the time.  I find that seedlings will still come up through mulch, so while it does help to suppress weeds, you need to keep weeding and re-applying mulch, however, this also means that my self-seeded veges get a chance too.


Do you use mulch? What kind do you use? 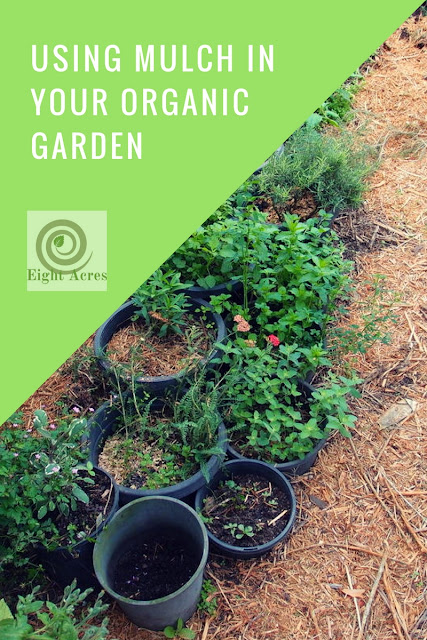 More from: garden mulch
Back to Eight Acres - the blog