second hand sewing
I’ve had my eye out for a secondhand overlocker for a while, and when one popped up in our local buy/swap/sell group (has everyone joined one of these on facebook? They are great fun, Pete and I play out that scene from “The Castle” regularly!). Anyway, it was only $30 and it looked OK, so I claimed it, and I picked it up in the weekend. I actually said to Pete “how hard can it be? Surely between the two of us we can get an overlocker working”. Maybe I shouldn’t say that kind of thing. 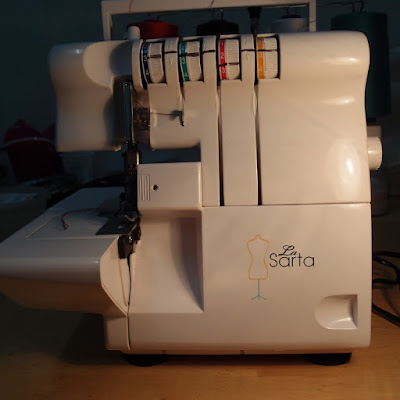 So began my crash course in overlocking. If you’re not familiar with this machine, its like a sewing machine, but it takes 4 threads and it cuts and binds the edge of the fabric as you sew a seam, so it saves time. You still need a sewing machine for button holes and tricky sewing, but for straight lines and simple patterns the overlocker is quicker. I dreamed of sewing up shopping bags and cloths and wheat heat packs and maybe curtains, but let’s not get ahead of ourselves.

I found the manual for this overlocker, which happens to be a bit of a dodgy brand. I think it was made for Spotlight for a short time under “La Sarta”, but was also made for Kmart as “Homemaker”. Its pretty basic, and that would be fine, if I could get it to thread correctly. I have watched every youtube video I can find on threading an overlocker, and if nothing else, this $30 investment has taught me more about overlockers than I could have ever imagined I needed to know. There’s nothing like spending a couple of hours trying to thread a difficult one to make you appreciate the special auto threading mechanisms in the fancy ones. 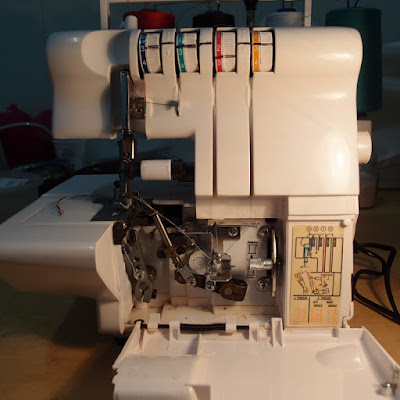 The problem with overlockers seems to be the “lower looper”. Of the four threads, two feed into the belly of the machine and into “loopers” (upper and lower) and the other two into needles. The needles are similar to sewing machines. Easy, no problem with the needles. The loopers are tricky, the thread has to be fed through various tension points marked with coloured dots. The upper looper is easy to follow, but the lower looper thread has to wrap around the looper in a part of the machine that is dark and inaccessible. In the fancy machines there are levers and removable bits of panel to get into that space. On this machine there is not and I can’t see if it actually has a groove to hold the thread in place, but it seems like every overlocker instruction I can find requires the thread to sit in that groove.

And so I struggled and fiddled and I have just about given up. This is the last chance for the La Sarta, if someone out there can’t help me thread it, I will have to give it away (no point keeping something I can’t use). But I’m glad I’ve learnt what to look for and my next secondhand overlocker purchase will be far more informed! 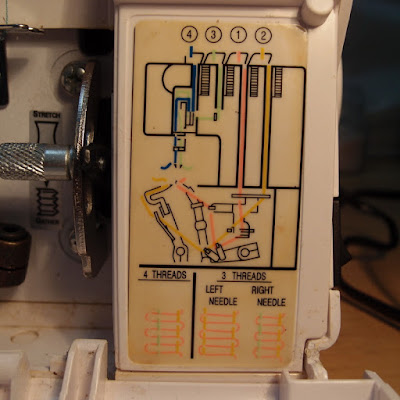 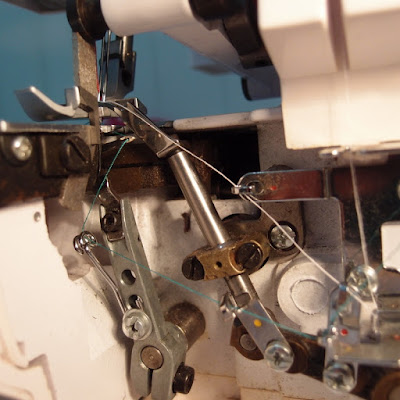 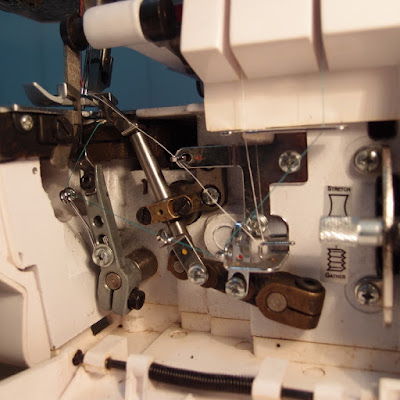 Are you able to save the La Sarta? Have you ever bought something secondhand and later regretted it?

More from: second hand sewing
Back to Eight Acres - the blog