update
I'm joining in the Slow Living Monthly Nine again, started by Christine at Slow Living Essentials and currently hosted by Linda at Greenhaven. How was your February? 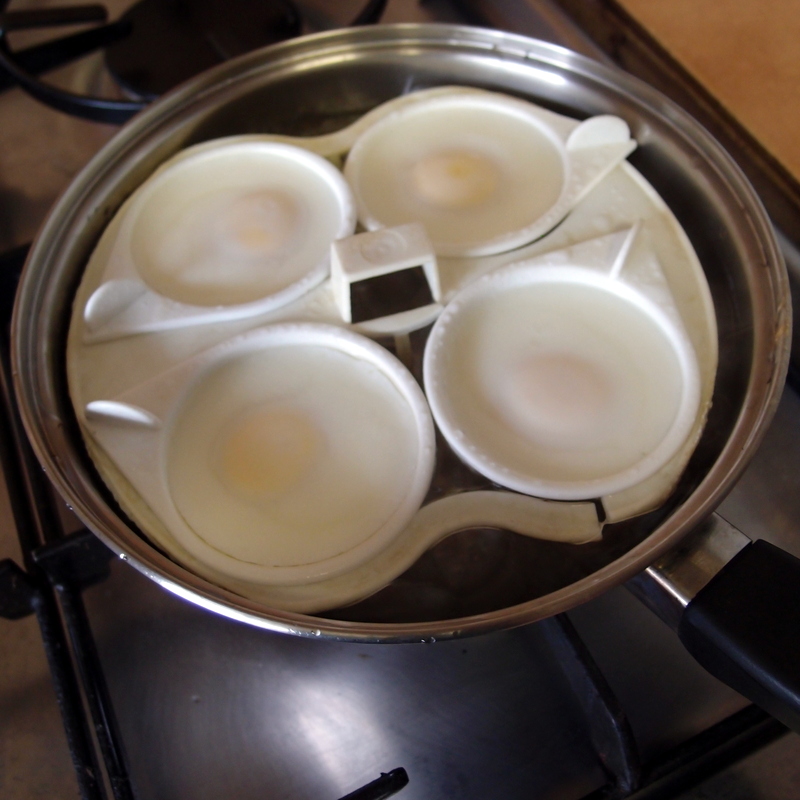 Nourish
I’ve been thinking about eggs lately.  Pete and I eat eggs nearly every day, usually two each.  We are very happily ignoring the myths about cholesterol (catch up here and start enjoying eggs!).  I recently discovered that some people think they don’t have time for eggs in the mornings, so I really need to write a post about how to prepare eggs quickly (I have several methods).  The photo is Pete’s poaching pan, which is his preferred way to cook morning eggs.  We have also been feeding eggs to the chicks, and lately Pete has been cooking two for himself and two for the chicks every morning! 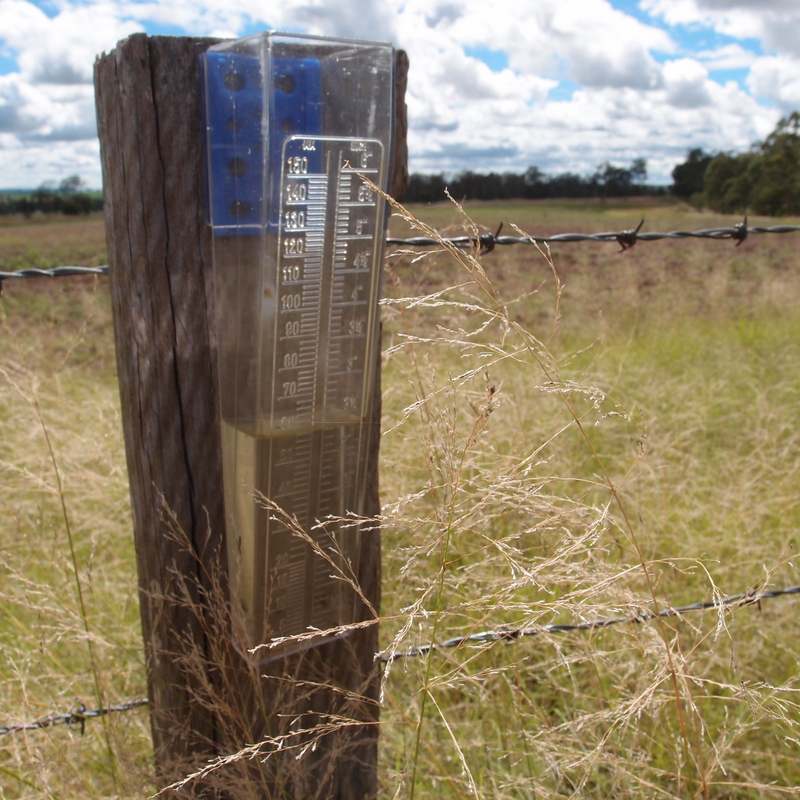 Prepare
Some of you will have heard about our recent cyclone sandwich.  While Tropical Cyclone Lam approached the Northern Territory coast from the west, Tropical Cyclone Marcia was approaching Queensland from the east.  I rushed home from Brisbane early just in case.  Pete and I are pretty quick with our storm preps now, and between us we made sure there was plenty of food, water, fuel and cash in the house just in case we ended up in an emergency situation.  I even rushed around and put away all the lose buckets that are an essential part of any homestead.  Cyclone Marcia took her time getting to us and in the end only dropped 90 mm of rain, so all the preps were unnecessary this time, but good practice because you never know when a real disaster is going to occur.  For example, while I was away for the weekend, there was a small earthquake in the South Burnett (some classic rural Aussie accents in that video!).  The irony being that I was in New Zealand, and by far the more likely one of us to experience an earthquake that weekend! 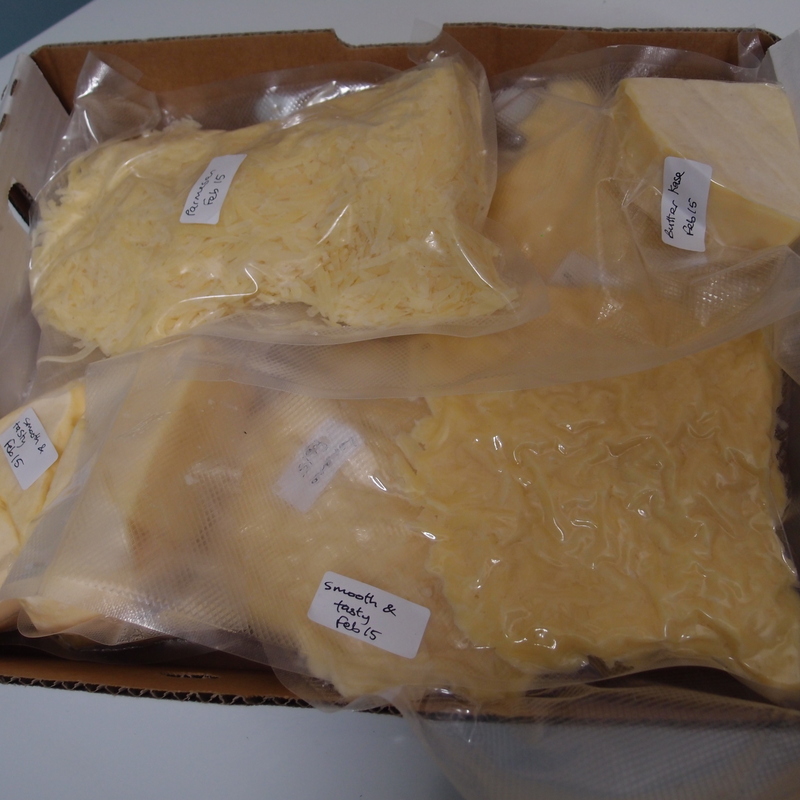 Reduce
We finally cleaned out the cheese fridge, as have not had milk for making more cheese for nearly a year now (poor timing and cows that pretend to be pregnant), we should have more milk coming soon!  We opened them all and about half were good.  About half had either mouldy, were too salty or had a weird texture.  I had hoped to REDUCE our plastic bags by waxing the cheese, but I still need to practice getting a good seal (to prevent the mould), so for now we sealed all the good cheeses in vacume bags and froze most of it.  In the meantime, we will instead reduce our power bill by turning off one fridge. 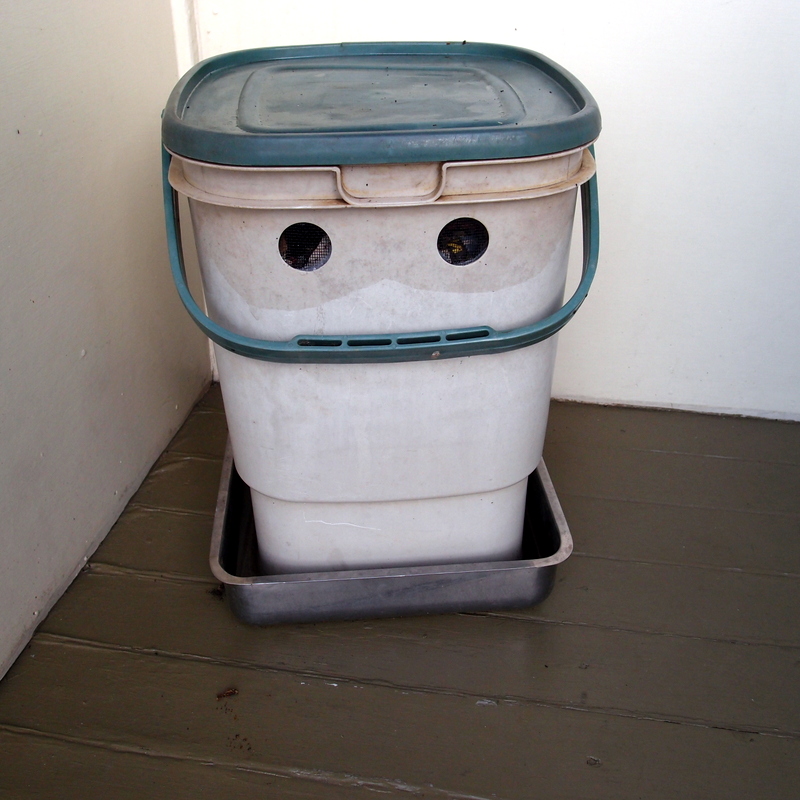 Green
I was really missing my twoworm farms when I’m at my weekday unit in Brisbane.  I hate throwing out perfectly good food scraps, so I was hoarding them in the fridge.  This was not a long term solution!  Pete helped me to modify a bokashi bin that we weren’t using and it’s now a mini worm farm for my city unit.  I could have just used bokashi, but I don’t like having to buy the bokashi powder and it doesn't seem to break down as quickly.  The bin just needed some air holes and its perfect for worms.  I’m using a dish underneath as a moat to keep out the ants and to keep the decking clean. 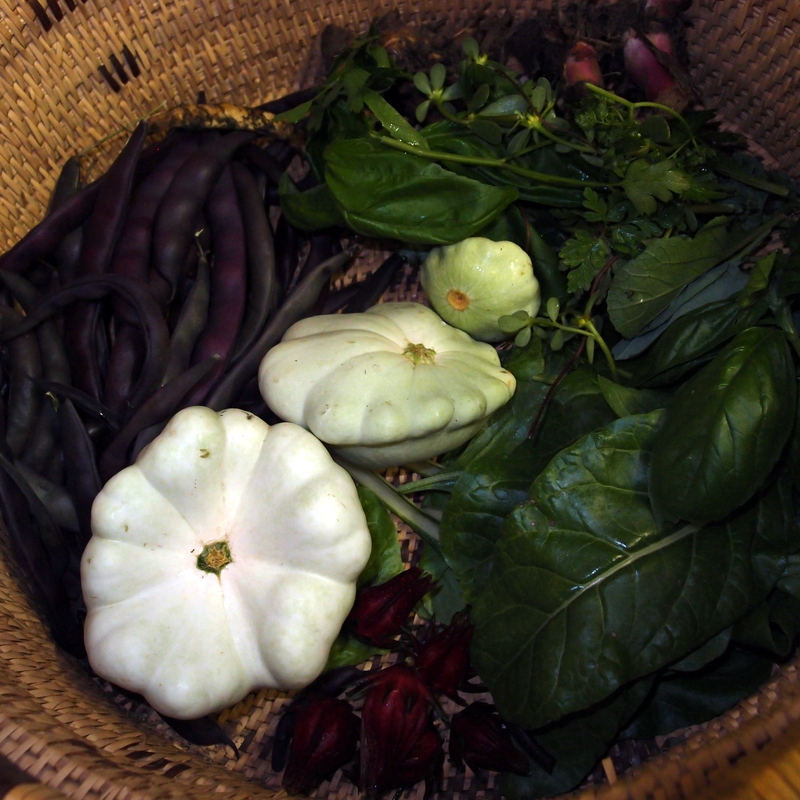 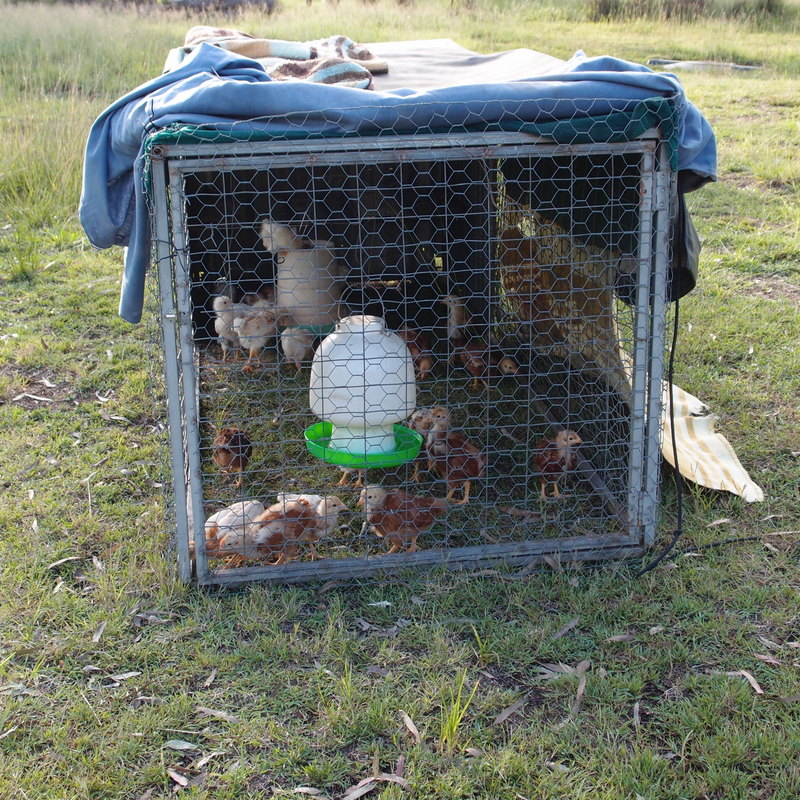 Grow
I shared my garden on Monday in my garden share post.  The little chicks are also growing and moved out to their own chicken tractor now.  And I've been working on my Chicken Tractor ebook, so its growing too, I put the blurb and contents page on the Chicken Tractor ebook site.  I'd love to know what you think! 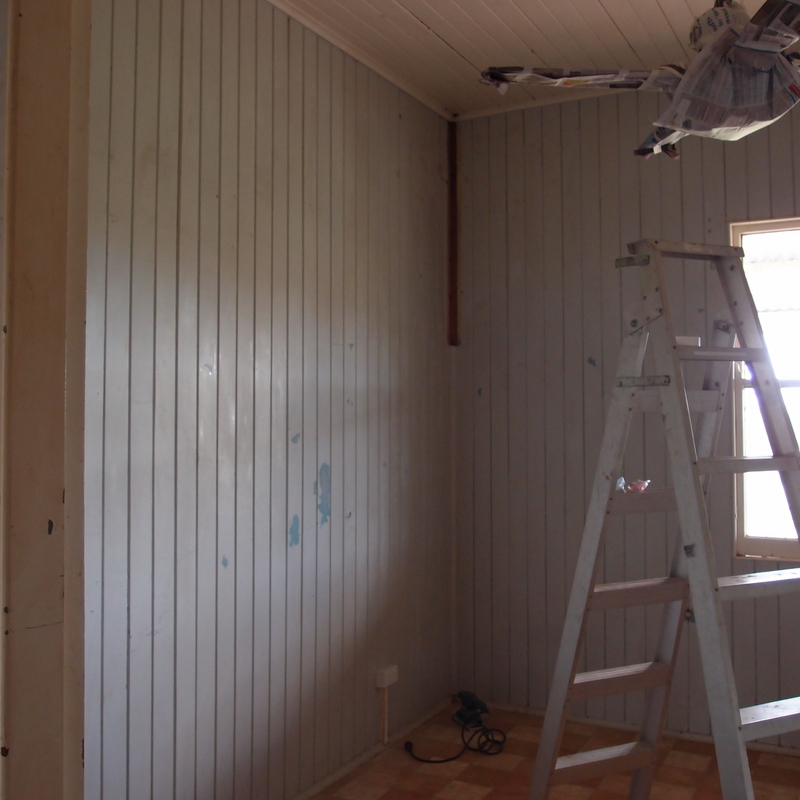 Create
We have started the next room in our new/old removal house.  Its a slow process, but every hour we spend cleaning and sanding I feel like we are a little closer to moving in.  And it feels good to have the one room done, we can at least see what the house will look like when we're finished. 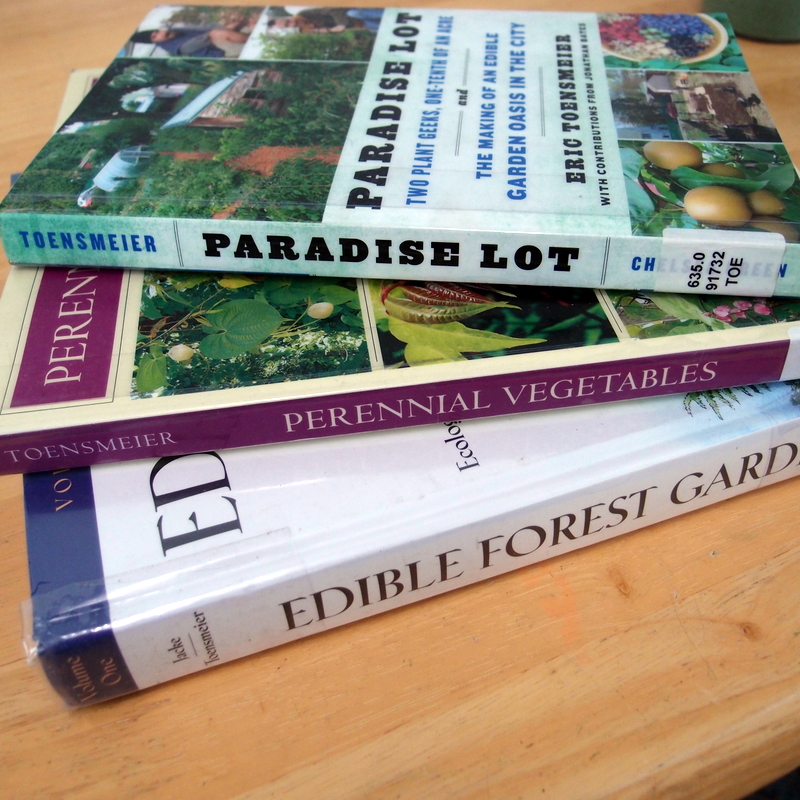 Discover
I have been reading several books by Eric Toensmeier on perennial gardening lately.  I found that I already have many of the plants that he mentions, and there are several more that I would like to try.  I'll write more about this soon, here are the books that I have enjoyed (affiliate links):

Perennial Vegetables: From Artichokes to Zuiki Taro, A Gardener's Guide to Over 100 Delicious and Easy to Grow Edibles

Paradise Lot: Two Plant Geeks, One-Tenth of an Acre, and the Making of an Edible Garden Oasis in the City Enhance
My articles for Grass Rootsmagazine have become a regular routine now, and its fun to try to think of topics that will interest GR readers and to write for people who don’t always follow my blog (I find I need to include more context).  Recently I was also approached by Hoofbeats magazine and asked for an article on water quality.  Although I know nothing about horses, I do know about water, so it was an interesting challenge and the editor helped me add in some horse references to suit their audience.  Next they have asked for more information about our solar bore.  I really need to do a whole series on this as I’m sure it will be useful. 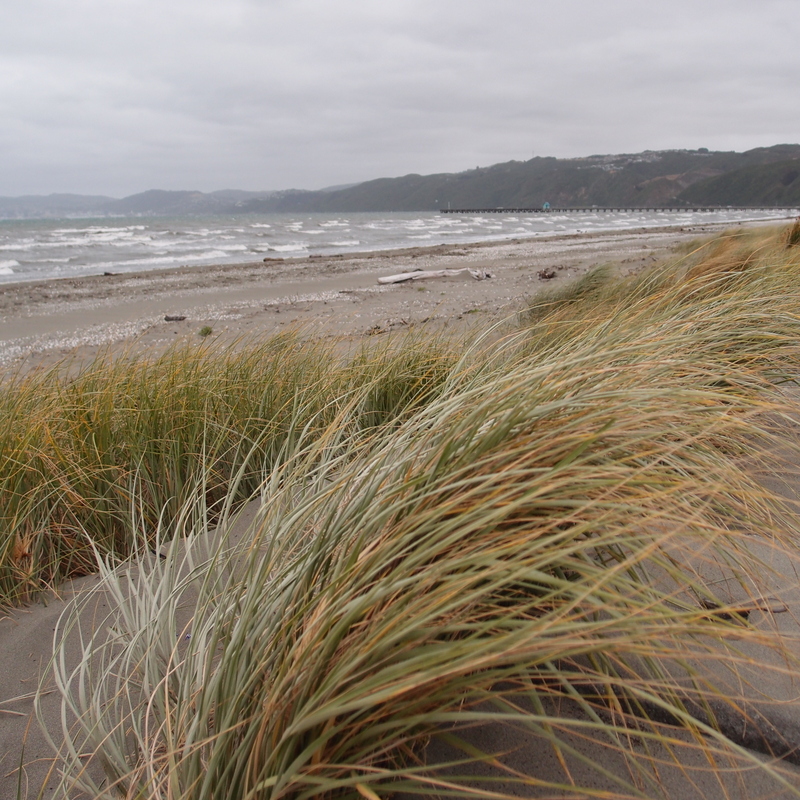 Enjoy
Finally, my lovely Pete was kind enough to make it possible for me to pop home to NZ for a weekend to catch up with a long-lost cousin and some very good friends.  It was a FREEZING Wellington weekend and I had to borrow a coat, but it really was wonderful to see everyone.  It was also very nice to be home again because I didn’t see Pete for two weeks (and I missed the dogs). 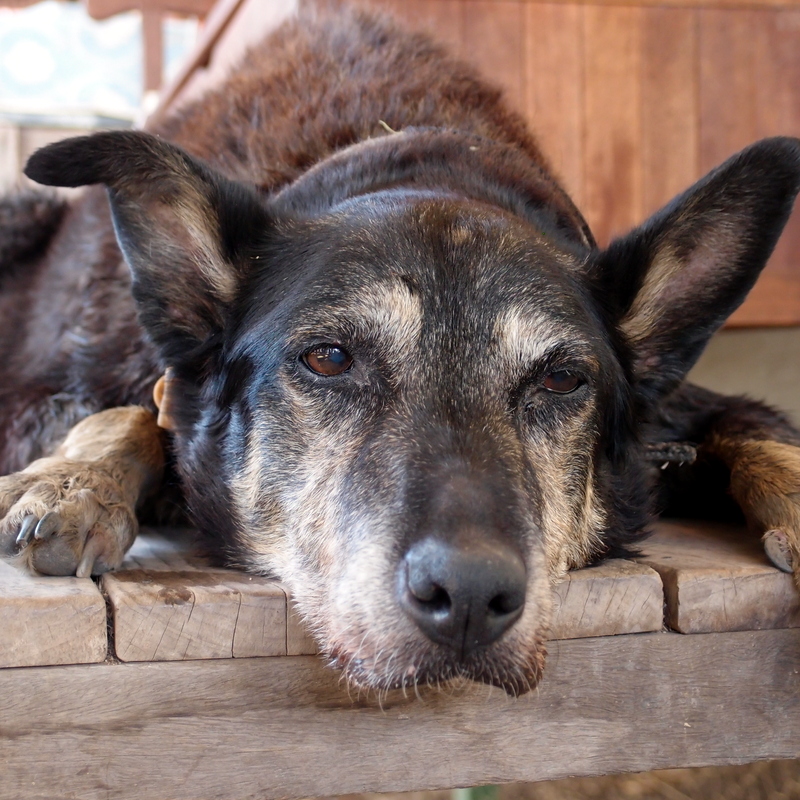 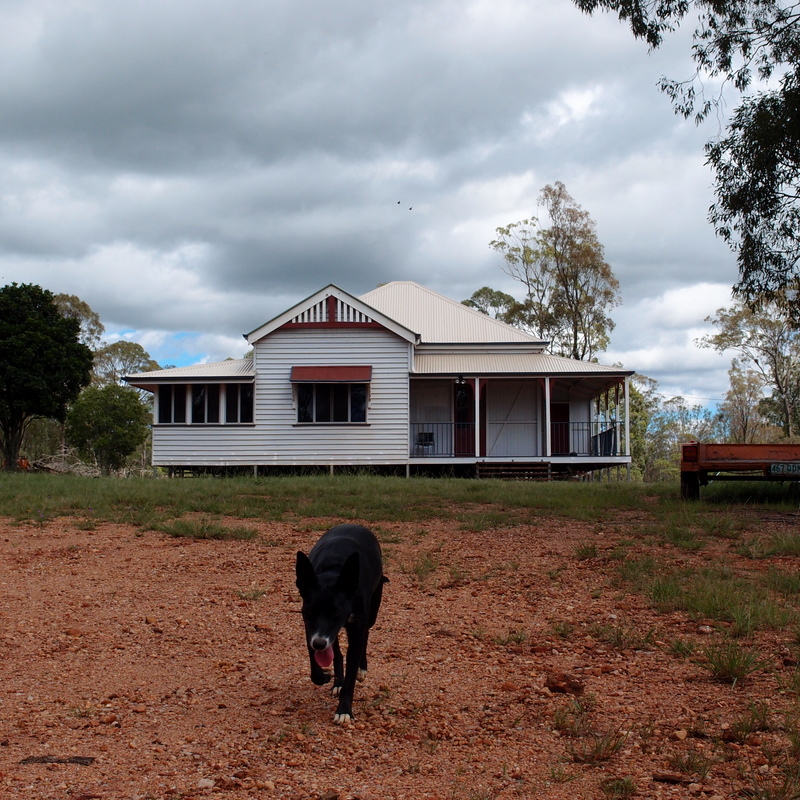 Phew!  February went by so quickly!  How was it for you?  What are you planning for March?