update
You might be wondering how two city kids ended up with 258 acres?  This is what I wrote for Grass Roots magazine a few years ago.
*****

When I tell people that my husband Pete and I have bought a 258 acre property and we want to raise cattle and grow our own food, they often ask if I come from a farming background. When I tell them that I’m from the city, they assume that my husband must be from a farm. When I tell them that he’s also from the city, they usually look at me with a mixture of amazement and sympathy. They are clearly wondering how two city kids can possibly run a farm, and thinking that we are just wasting a lot of money on a crazy hobby. 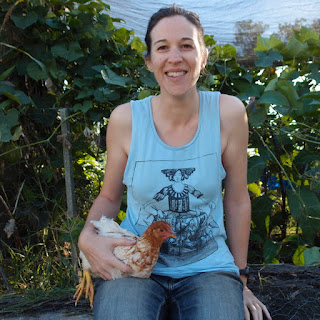 The truth is that we started small and focused on a few things at a time as our interest in self-sufficiency grew. We took every opportunity we could find to learn from other people, and from books, how to do what we wanted to do. And we are still learning more everyday. I hope that by sharing our story, I might inspire other city people to try a self-sufficient country lifestyle.

We started off with five acres in Queensland’s Lockyer Valley, and a few chickens for eggs. We slowly added a vegetable garden and then a little poddy steer to raise for beef. We soon learnt that one calf won’t stay in a paddock by himself, and prefers to go looking for other cattle, so we bought another steer from the local dairy farm (and practiced our fencing skills). That’s when we met the dairy farmers and started dropping in at milking time, and before we knew it we were helping with milking. We learnt about handling the cows, about mastitis and feeding minerals. Pete helped with odd-jobs in exchange for bales of hay and bags of grain. We spent many enjoyable afternoons helping with milking and other farm chores.  (More about our cows here)

At the same time we experimented with incubating our chicken eggs, and butchering the roosters. We decided to concentrate on breeding Rhode Island Red chickens for egg and meat production. We had our first steer killed at the local abattoir and enjoyed a freezer full of our own beef and chicken, and a garden full of vegetables. We installed a modern woodstove and cooked with it all through winter. Being on a rural property, all our drinking water was rainwater and all our wastewater went to the septic system. We felt like we were on the way to self-sufficiency on that property.

Then a job opportunity led us to move about 200 km NW to the South Burnett region of Queensland. We found ourselves a suitable property, this time with eight acres of land. We were soon settled in, with another garden started, even more chickens and a few steers. We started to improve the fencing and remove weeds (mostly lantana). We found that we missed the dairy so much that we wanted our own house cow, so, after months of preparation, we brought home our cow, Bella and her young heifer calf, Molly.

We had our first homekill steer and tanned his hide ourselves to make a nice floor rug for the house. This time we got to see how the butcher worked to transform our beast into cuts of meat. We were both sad to see the steer killed, but felt comforted that we knew he had a happy life and died eating in the paddock next to his friend, without a stressful journey to the abattoir. We also installed another woodstove and began cutting firewood from a large pile of felled tress on our property.

After a few years we realised that eight acres was not quite enough for us to live self-sufficiently, as we were still buying hay for the cattle through winter, and still buying firewood after the pile ran out. We were also worried that we could run out of water for our animals. Pete spent months looking at properties on the internet, and eventually he found one that we could afford, that was still reasonably close to our work. The property was relatively cheap because it still had a lot of remnant forest. Having read Peter Andrews’ books, we knew that this was good for fertility, so we were happy with the trees. There are plenty of cleared areas too, and 60 acres that had been set up for cultivation. It seemed like just want we needed, so we made an offer and bought the property. 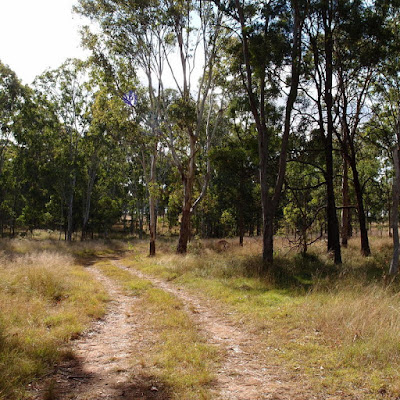 We got ourselves a tractor and some implements and Pete taught himself to plough the paddock and plant forage for haymaking (although we later decided that we prefer perennial pasture). We bought some steers from the saleyard, and spent a stressful week repairing the fences that they broke until they got used to the place. Then we decided that some cows would be easier and found a herd of Braford cows and calves. We sold the steers and weaner calves from the cows and learnt about the cattle market. Pete was back on the internet looking at real estate and found us a cheap removal house to put on the property, so that we can live there eventually.

We have some ambitious plans for this property. In the house yard we will certainly have another garden, we will have our first attempt at an aquaponics system and start a “food forest” orchard full of fruit trees, nut trees, berries and herbs. We will have chickens, and maybe try some other poultry. We’d like to build huge chicken tractors and move them over the pasture. We’re not sure yet whether to try for organic certification, but we are using organic methods throughout the farm anyway, because they are cheaper than buying chemicals.

Occasionally, when we have a hard week and it seems completely overwhelming, we joke about moving back to the city, about Pete trying to weld and grind metal on an apartment balcony and where we would put Bella the cow. We both know that we could never go back to the city-life and relying on someone else to grow our food, so we just have to keep enjoying the benefits of living self-sufficiently on our little farm. If you are in the city and dream of a farm life, then maybe you can achieve it too by taking small steps.