farm guns
I haven’t talked much about guns because when I did the course to get my gun license it was made quite clear that we should keep our guns private. We were actually told not to shoot near a property boundary where a member of the public might see the gun and complain to police, even if its on our own property! Gun laws have been strict in Australia since the Port Arthur massacre in 1996 when 35 people were killed by a gunman.
In order to get a gun I first had to do a two-day course and pass a theory and practical test. I then had to wait six months to get the license, which was approved for “rural purposes” because of the area of our property. If you don’t have a large enough property to qualify, you have to belong to a gun club to get a license. After I got the license, I then had to apply to acquire the particular gun I wanted to buy, with a written justification as to why I needed it. My license only allows rifles and shotguns, so there wasn’t much choice anyway. 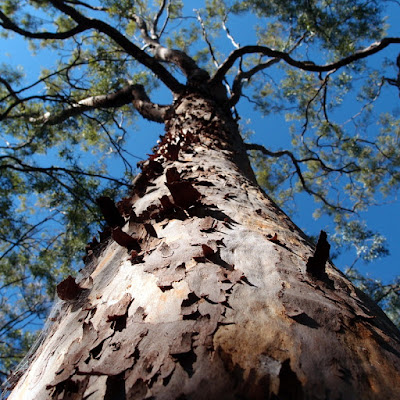 I think there is a place for guns on farms, and I don't think we should avoid talking about it. I also think that our current gun laws are necessarily restrictive. I don’t think owning a gun is a right, it is a privilege for those who can demonstrate a genuine need and capability.  But we need more education, rather than trying to hide guns away.

Putting down cattle
We originally decided to start the process to get a gun license because we were worried that we would have to put down cattle at the start of the drought. At the time, so many people were sending cattle to the sales, that some cattle were being turned away. We realized that if our cattle got too weak, we might not be able to sell them. Fortunately we were able to sell the cows before it came to that, and cattle numbers are now so low, the market is great if you have anything to sell. The sad fact is that many farmers have had to shoot their animals.
We have had to ask our neighbour to shoot a sick cow for us before, and we’ve had another euthanised by the vet. I think the gunshot was better for the cow, because the drug took so long to work and the cow was so scared the whole time, the shot is quick and she doesn’t even know it happened. We were told to use either a .22 magnum or larger rifle, or a solid 410 shotgun bullet. You do need to shoot the animal in the correct spot on their head, see the instructions here.

Controlling predators and feral animals
The other reason we thought we might need a gun is to control the wild dogs and pigs we know live on our property. They live in the bush areas, and while they are not a problem at the moment, they could kill calves, and make it difficult for us to keep our own pigs.
While it is illegal to shoot native animals, including the dangerous ones, we can get a license to shoot kangeroos and wallabies for our own consumption (50 per year).  We also have plenty of rabbits, but they are a bit quick for me at the moment!

Butchering large animals
So far we have always had a butcher come to our property to kill our cattle for beef, but we butcher the chickens ourselves. Anything larger than poultry is best killed with a gun. You can slit the throat of a lamb or a goat, but it would not be pleasant. As I said above, a gunshot is quick and the animal doesn’t know what happened. Eventually we would like to butcher our own beef, and to do this we need a gun. Some more remote properties would do this regularly just to feed the people living on the property.
Learning about guns and gun safety
I learnt to shoot in highschool when I joined the small-bore rifle shooting club. I never owned a gun then, or had a license, I borrowed a gun from the club and only shot on club days or at competitions.  Over a couple of years I learnt to shoot at small targets about 100 metres away, lying down in “prone” position. I went to the club once a week and saw my aim gradually improve. This was a really good way to learn, on a small rifle, the techniques required to aim and hit a target, and all the safety requirement. I think I learnt more from that experience than the gun license course, which was more of a refresher for me (all the others in the course were from rural backgrounds and already knew how to use a gun).  We need to put more time into target shooting now that we own a gun, so that we maintain that ability.

I’m not saying that every farm needs a gun, but I do think that you should consider if you might need one for the above reasons. You might be able to rely on neighbours, but I don’t like to be in that position all the time. I think that it pays to learn how to shoot and be confident around guns, even if you don’t need to own one, its certainly a skill I didn’t know I was going to use again!
I'm not sure if I should ask this.... do you shoot?  Do you think guns are an important part of farming and self-sufficiency?
More from: farm guns
Back to Eight Acres - the blog