garden herbs
I have three large chilli bushes in my garden.  I don't know exactly what kind they are, they sprouted in a pot of raspberry canes that I was given.  I thought they were capsicums, but they grew into the chilli bushes.  The raspberries didn't make it through our hot summers, but the chillies did great, they are taller than me and I always get a massive harvest. 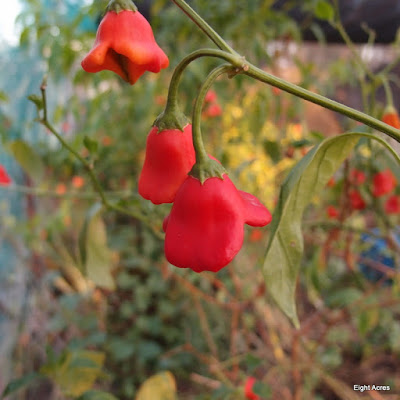 How to grow chillies
According to Isabell Shipard's "How can I use herbs in my daily life?", there are two species of chilli bush - Capsicum annum (bushes 50-150cm tall, single fruit from each node) and Capsicum frutescens (tiny bushes to 2m tall, 2-4 fruit per node). I think I certainly have one of the second type, although I'm still not sure exactly which variety.  These are not hot at all, I can put several in a meal and I don't particularly like hot food. 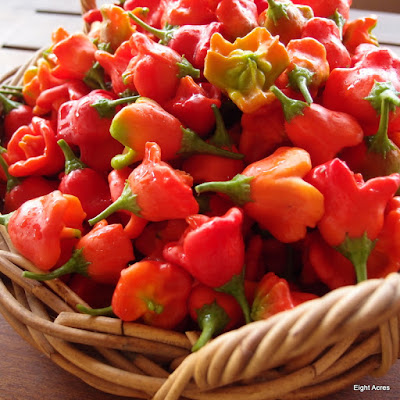 Both species are perennial in our sub-tropical climate, but will be annual if winters get too cold.  I find that these bushes die back when we get frost and I usually give them a good prune when all the leaves fall off, but by spring they will come back to life.  I have to trim them regularly to keep them  under control and so that I can access parts of the garden, as they do sprawl over the path.  In summer, the fruit get attacked by fruit flies, the best harvest is later in autumn when the fruit flies are gone. 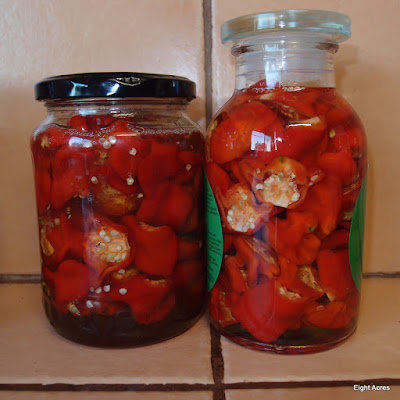 How to use chillies
You might have been surprised to see chillies as a herb, but they are considered to have medicinal properties - particularly warming, either ingested or as a topical application.  A few of the uses for chillies are:
I have no idea if any of the above are proven or useful, so please do more research, I just thought it was an interesting list for a common ingredient in so many foods!
Personally, I don't like hot food, but a little chilli can be a nice flavour and these chillies are not too hot for me.  I use them in food rather than medicinally.  But how to preserve such a huge harvest that only comes once a year? 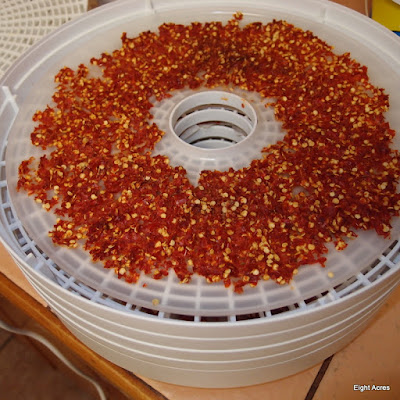 In the past I've made chilli flakes, this year I asked the question on the Eight Acres facebook page and got a number of suggestions.  I decided to try making chilli oil and chilli honey as well.  Unfortunately, I learnt the hard way that its better to dry the chillies first - both the oil and honey became very watery, and I had to throw out the honey, but I put the oil in the fridge and it should be ok.  Next time I will dry the cut chillies before putting them in oil or honey.
The chilli oil is great though, I used it in my Mexican Mince recipe and it gave a nice chilli flavour without being too hot.
Do you grow chillies?  How do you use them?  Do you like them hot or mild? 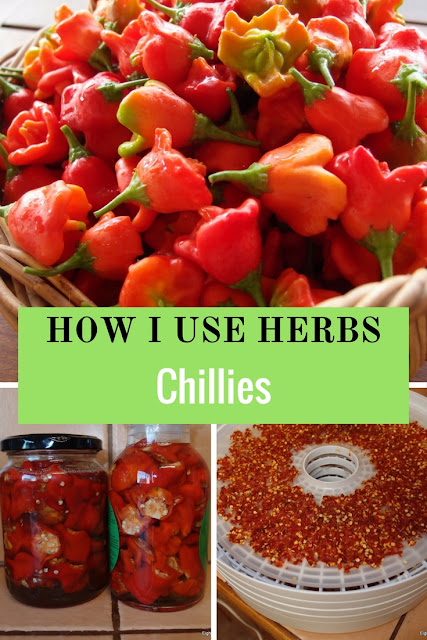